HBC Fest falls into it again. 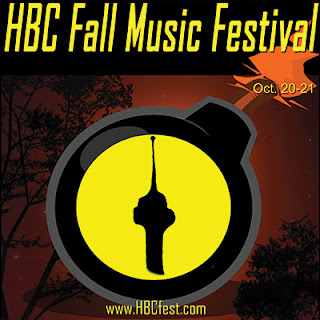 Hae Bang Chon Fall Music Festival will take place October 20th and 21st 2017
This is the second installment of HBC Fest in the 12th year of the Hae Bang Chon bi-annual music festival with a great lineup taking us into a new decade for independent music. The definitive expat and international music fest in Korea. Made up entirely of independent music artists and performers from Korea and a host of other countries. The festival began in 2006 as a showcase for expat musicians in the city to perform to larger crowds. The 'Fest' was originally started by Lance Reegan-Diehl and James Gaynor, and at that time the DEELEEBOB Music Company was born, which Lance currently owns.

HBC, located in Youngsan-Gu (Sinheung-Ro) is one main street where the action happens from the very bottom all the way up to the top where the Hair of the Dog sits. HBC area became very famous as a local expat hangout from 1998 onward, and the Hae Bang Chon festival has made the entire area blossom into a bubbly, busy place for all kinds of businesses to open as more people find it an attractive neighborhood to be in. The festival has always adapted to the demands of both musicians and venues, this fall festival venues and supporters: Hair Of The Dog, Chimac Life, Phillies Pub, Bedrock, The Cave, Bonny’s Pizza Pub, Al Matto Terrace, Camarata Music, Genie Pub, Leo’s, Rabbit Hole, Casablanca Sandwiches, Marakesh, Thunderhorse Tavern, The Workshop, and Hidden Cellar. Boogie Woogie.

Phillies Pub, Camarata Music, V-Lounge, Bedrock , Boogie Woogie, and Thunderhorse Tavern host the bands where the music is located on medium sized stages, and the sounds range from blues, to rock, to jazz, and all points funky in between. The festival is known for the up close, small venue and intimate feeling you get from watching the variety of people perform.

Local bands performing include:  Kimchi Cowboys, Cicada State, Rooftop Stray, Wooden Lucy, Bluetooth Blues Band, L.R.D. Band, Tallula Bankhead, Drowning River, Tampas Dusk, and a host of solo and smaller acoustic acts will be on stage at Hair of the Dog, Hidden Cellar, Workshop, Phillies Balcony, The Cave, and  Genie Pub. The festival is provided by local business owners who support this music festival and give independent artists a place to play.

The HBC Festival is a DEELEEBOB Music Production, being the central point between artists, venues and business owners. Music sponsors include Sound Drive Amplifiers, Swing Guitars, Graphtech Guitar Parts, Olympia Strings and Straps, along with all participating business owners and Beer vendors.
The festival begins on Friday Oct. 20th   with the infamous “BAD HORSIE” night performed by festival guest musicians and L.R.D. Band. Friday also has performance in a few other venues the music starts at 9pm and runs until 12. Saturday the 21st   is an entire day of music from about 5pm until 2am with a variety of styles and stages to choose from. Sunday the 22nd the Hidden Cellar at 7pm with its ongoing acoustic Sunday's stage performances.

Entry to this music festival is free you can buy a T-shirt at KRW15,000 to support the festival.
For more details, including an updated schedule and list of performers, please visit the main website www.hbcfest.com and there is an event page on Facebook, which directs you to the schedule on the website. 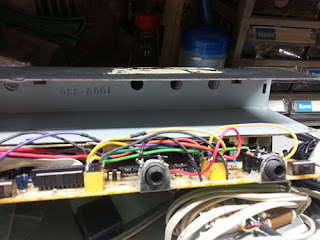 Modify the Alesis 3630 comp/gate for switching and bypass in a guitar amplifier setup.